VP and RTL running together in parallel

What is it good for? 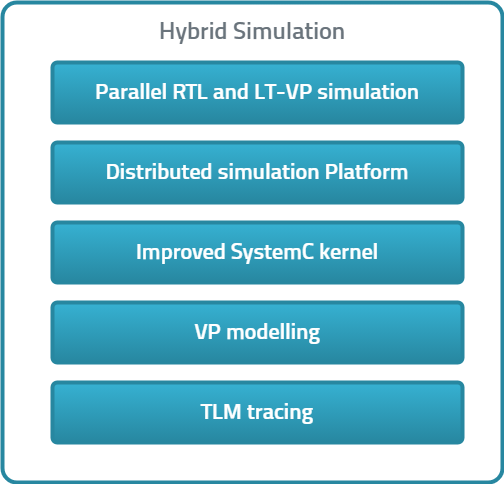 Hybrid Simulation is completely integrated and fully combinable with other MINRES products and services like the open source SystemC Components (SCC) productivity library. Last but not least, our hybrid simulation solution allows cost savings combined with high reliability and scalability by enabling hybrid simulation in the AWS Cloud.